I'm not okay with disability hate being confused with science 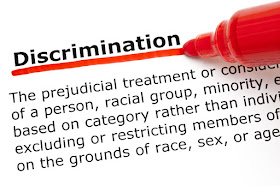 I didn't want to write about this. But I couldn’t let these comments (scroll to the bottom of this page for the full passage) about people with Down syndrome in an academic journal produced at Oxford go unchallenged.

We’re all familiar with Peter Singer, the philosopher at Princeton University who believes human value is earned by what you do intellectually and physically—not inherent.

In 2009, Singer wrote a piece in The New York Times Magazine suggesting that rationing health care based on disability is just. In it, he asked how “most people” would rate life with quadriplegia, to life without? Of course these “most people” would have no firsthand experience with paralysis (personally or in their family), only common cultural stigmas to draw on.

Would the average person have a hard time deciding whether they’re prefer five years of able-bodied life or 10 years with paralysis? If so, he says, what they’re really saying is that life with quadriplegia is half as good as non-disabled life. “If that judgment represents a rough average across the population, we might conclude that restoring to nondisabled life two people who would otherwise be quadriplegics is equivalent in value to saving the life of one person, provided the life expectancies of all involved are similar.”

It doesn’t matter what science tells us about the lived experience of people with quadriplegia and other disabilities. According to Singer, it only matters how the masses “imagine” it to be.

In fact, people who have no control of their body and can’t speak are using computer brain interfaces to tell scientists they are generally happy with their lives. Last month, BLOOM asked neuroscientist Niels Birbaumer, lead investigator of such a groundbreaking study, if the results suggest that assumptions that non-disabled people make about life with severe disability being “not worth living” were wrong. “Yes,” he wrote back. “They are utterly wrong. Many papers prove this.”

Harvard psychologist Daniel Gilbert helps explain the paradox in Stumbling on Happiness by describing common blind spots in how we imagine things. These include a lack of empathy that would allow us to imagine an experience different than our own, and a tendency to overestimate the negative impact of an event and underestimate our resilience. This explains a study that showed sighted people will pay more to avoid going blind than blind people will pay to regain their sight. It also explains why “most people,” like Singer, assume they couldn’t be paralyzed and happy, even though research shows the opposite.

Last November, in a CBC interview that included his views on infant euthanasia, Singer said that parents should not be “stuck with having to look after a really severely disabled child.” He said that a child with severe disability can rob parents and siblings of happiness, and that a future child from the same parents might have a better life. ”It's a question of one life or a different life,” he said. But he doesn't talk about the actual research on families raising children with disabilities and their siblings, the real challenges and rewards. Why let science muddy the waters?

Which brings us to Twenty Questions. In this piece in the December issue of The Journal of Practical Ethics, Singer answers questions posed by the editors. In one, he shares his view on what he imagines parenting a child with intellectual disability would be like.

Singer tells us that in this hypothetical scenario, which involves a child with Down syndrome, it's not his child’s happiness that he’s concerned about. It's his own as a parent. Singer says he imagines his happiness as a parent would be diminished if his child wasn't his intellectual equal. And it isn’t just his child’s low IQ that would quash Singer’s parenting gig. Having a child who wouldn’t have children of his own or be “fully independent” as an adult would be a killjoy, Singer writes.

Based on the reduced happiness that raising a child with Down syndrome might cause Singer, he writes that it’s ethical for him to place the child for adoption. This would enable him and his wife to have another child “who would be very unlikely to have Down syndrome,” which means they would have the child “they want to have.”

It’s at this point, as the parent of four children—two biological, including one who has multiple disabilities, and two who are adopted—that I started to laugh. Is that seriously what Singer thinks parenting is about? Getting the child you “want to have?” Um, doesn’t that sound like something a teenager would say? I wonder what other human characteristics, separate from Down syndrome, might place a child on Singer's “not wanted” list? How, exactly, does this qualify as scholarly, and not hate? Should we expect, in The Journal of Practical Ethics, to read Singer's thoughts on why he wouldn't want to raise children who are marginalized and discriminated against in our culture for other reasons?

Call me academically stupid, but many people (and we know Singer is very concerned about the views of “most people”), would say that parenting is about learning to love a child unconditionally. Further, most parents recognize that it’s often through parenting a child who is NOT a “mini-me” that they most grow and develop as a person. This is why research finds that parents of kids who are disabled and chronically ill report post-traumatic growth—not just stress. The world sure is a complex place, isn't it? And we parents sure are complex beings, aren't we?

To reiterate, Singer believes it’s ethical to place a child for adoption because it’s not the child he wanted to have, which means it will make his life less happy. How does Singer propose we handle parenting children who, over a lifespan, develop problems that aren’t what parents imagined we “[wanted] to have?” You know, those children who develop serious mental health problems or who are diagnosed with cancer or a learning disability, or who are the victims of assault, or who are injured in a catastrophic accident?

Forget about children. What about aging parents who are no longer able to be “fully independent?” How do we solve the problem of the reduced happiness that these seniors pose for their children, partners or other family members?

Singer represents a frightening world defined by reason and devoid of the empathy and connection that I believe is what truly makes a person human. I’d love to hear about what it was like to grow up calling him “Dad.”

In the meantime, allowing Singer to spout his hatred of people with disability under the guise of academic knowledge is not okay. A bioethicist friend tells me that The Journal of Practical Ethics is a “big league” ethics journal. If so, why doesn't it correct the inaccuracies and generalizations Singer makes about the lives of people with Down syndrome and their families?

One is that Singer and his wife's future child, after they place the first one for adoption, is not born with disabilities. Why is that taken as a given? At age 30, I gave birth to a child with a spontaneous, rare genetic condition, meaning this genetic change happened at conception and is not something my husband and I carry. Is there any reason why something similarly random might not happen to Singer and his wife the second time around? If their second child is born with disabilities, will they be adopting out that child as well?

Second, Singer assumes in his scenario that there are couples who are happy to adopt his child with Down syndrome. As the parent of two adopted children, I'm sorry to inform him that there are often NOT families available to adopt children, whether they have Down syndrome or not. It is telling that Singer assumes that only “couples who are unable to have their own children” would adopt a child with a disability. In fact, some parents who are able to have children choose to adopt a child with a disability, sometimes more than one. We have written about a number of these families in BLOOM.

And finally, does Singer's wife have any influence? What if his wife, after giving birth to a child with Down syndrome, decides this child “is” the child she wants to have. What if she refuses to place the child for adoption? Will Singer then look for a second wife? Are all family members disposable in Singer's world?

Here is the passage from The Journal of Practical Ethics: